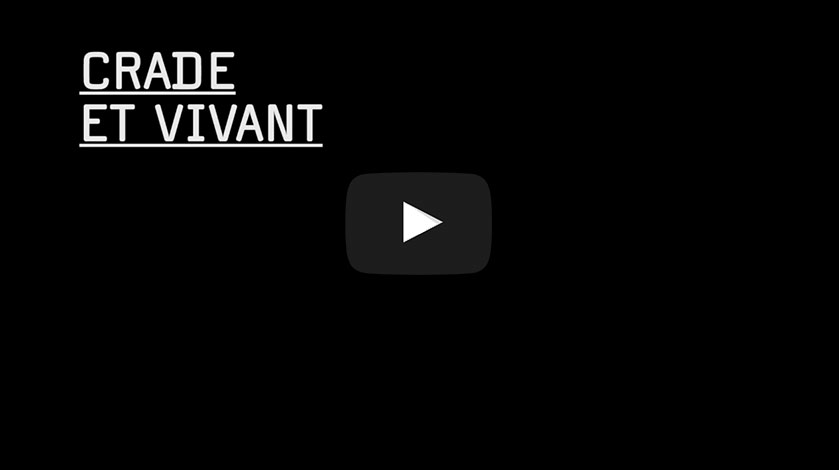 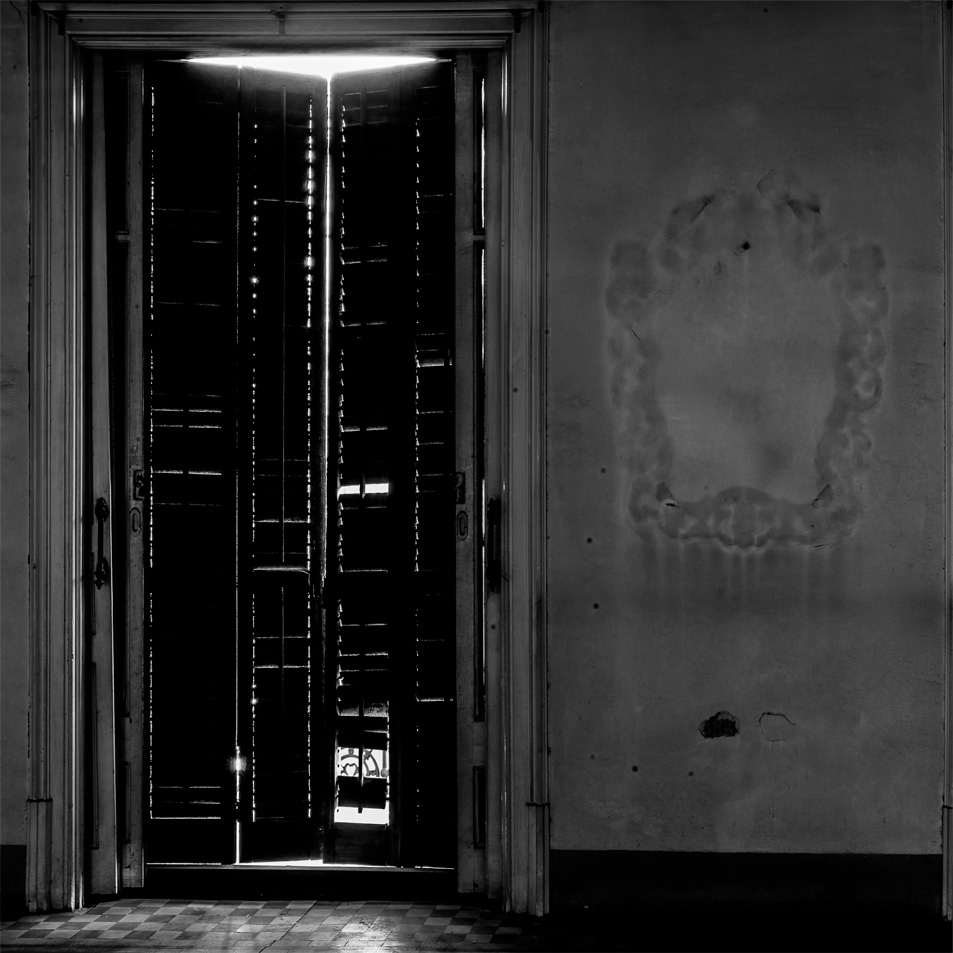 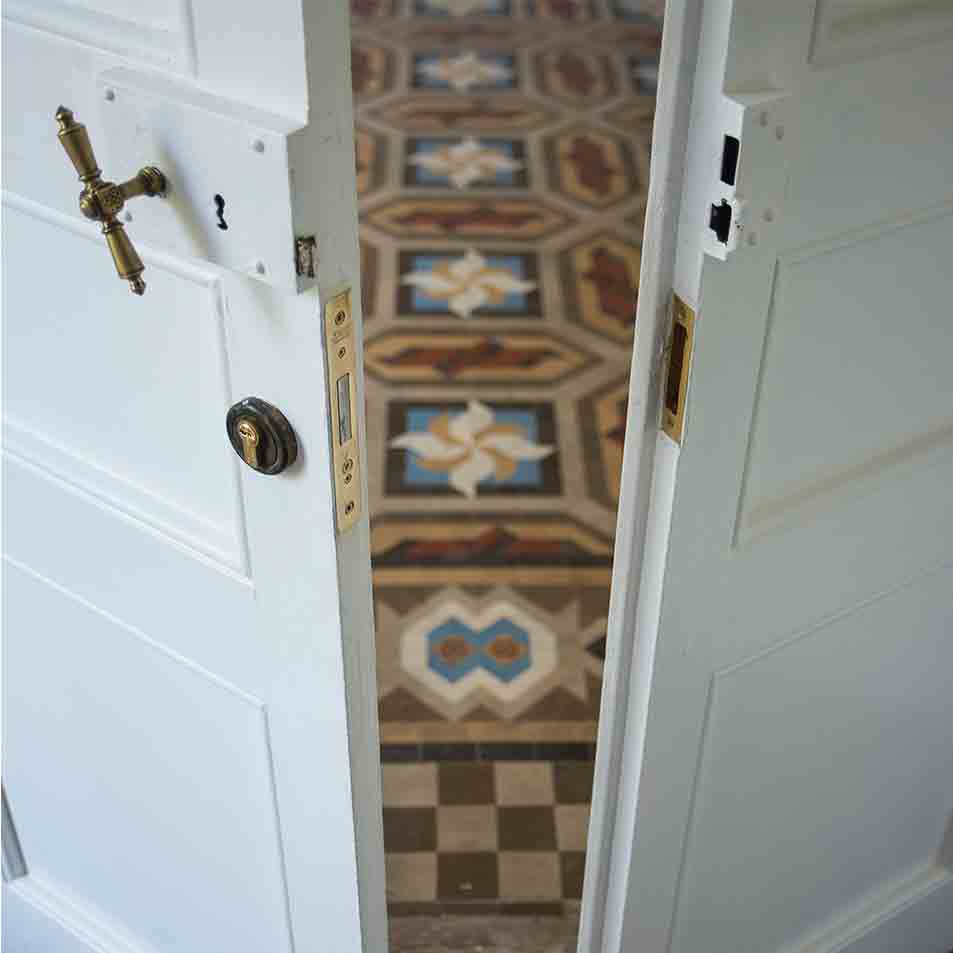 Monkey town 5 – Journey of the senses

A few days ago, I had the opportunity to experience Monkey town 5, a legendary New York City event of video art and gastronomy installation. Barcelona was its first european stage, and I was quite thrilled to be present in such an artistic event. 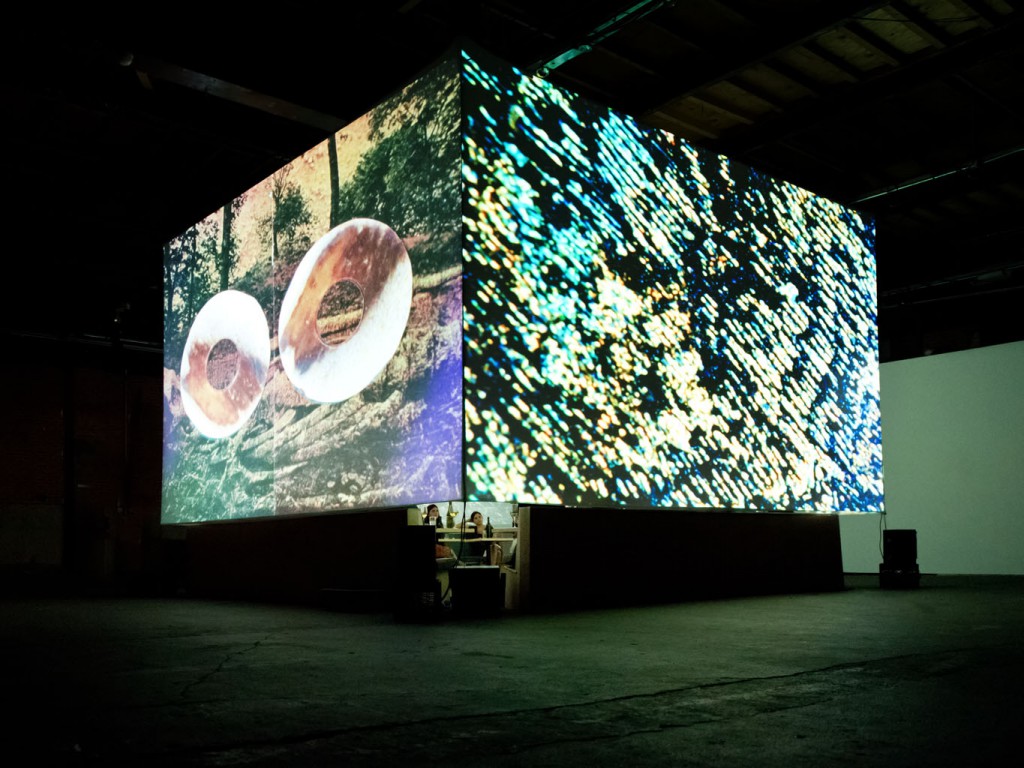 When I arrived, a warm welcoming was given by the founder Montgomery Knott, which introduce all the people on the atmosphere which they were about to enter.
A massive 7m x 7m cube was waiting for us to sit inside and watch a two hour multi-screen video program, dining on 4 course menu.
The journey started as soon has we entered the large room where the cube was. The first screened video was very linked with the event which instantly trigger my attention. The rest were nothing special, taking one or two which pleased my eye and helped on turning this experience quite rewarding.

Regarding the food, all the dishes were quite tasty and well prepared by the chef Sergi de Meià. The first dish was, a good combination of fresh vegetables, herbs, flowers, beetroot and cauliflower cream. Followed by pumpkin a la Morisca, a very tasteful dish from the 18th century. The third one, was catalan seafood rice, which in my opinion, despite of being good it was the less rich for a gastronomic experience. To end the menu, a desert of chocolate and sweet fruits was served to culminate in a very pleasant and satisfying diner.

In between food, video and loads of information, the performer RAFT (Pat Noecker) comes into scene giving a kind of fresh breeze to the happening. Exploring the potential of crowd-sourced sound collage, using loopers and electronics through his cell phone, creates in real time the soundtrack of “Le Révélateur” an experimental narrative film from 1968, directed by Philippe Garrel. Indeed, A great performance by this U.S Cellphonist artist which presented the audience with something innovative.

When I got out of the cube, I felt enchanted and my mind couldn’t stop assimilating all the information received during all the experience, perhaps the same felling when you just finish seeing a film from David Lynch.
Monkey town 5, is definitely a journey of the senses and I totally recommend it to everyone.

Antarctica: a year on ice – Documentary

“Fascinating… dazzling arctic vistas and otherworldly sights…vividly depicts a way of life that most of us, fortunately or not, will never get to experience.”
Frank Scheck, The Hollywood Reporter

Last weekend I had the opportunity to see a documentary about the earth’s southernmost continent, “Antarctica: a year on ice” from the director Anthony Powell.
It took ten years to be filmed and what attracted me to see it, was the fact which Powell, an independent filmmaker from New Zealand, used machinery build by himself to make stunning time-lapses on the the coldest, driest, and windiest place in the world.
There are no permanent human residents, only from 1,000 to 5,000 people reside throughout the year at the research stations scattered across the continent. Several are the factors which don´t make it a very inviting place to visit, work or live, but to witness the Aurora Borealis, diamond dust and sun dogs must be a very rewarding experience.
Antarctica: a year on ice, is definitely a great journey for the most curious minds about this harsh continent.

Antarctica: A Year On Ice International Trailer from Anthony Powell on Vimeo.

Reborn and Plug in

After being in a total absence and holding my breath till almost fading away in the “Matrix”,
I decided to keep feeding this blog with more digital content.
From now on, the ones who will follow Zgenesis, will be lured with some of my working projects and themes that attract me the most.
Art – Architecture – Digital Media – Photography – Gastronomy – Film – Music
and much more will be shared here.
Just plug in and wait for it!

What the best education systems are doing right?

In South Korea and Finland, it’s not about finding the “right” school. 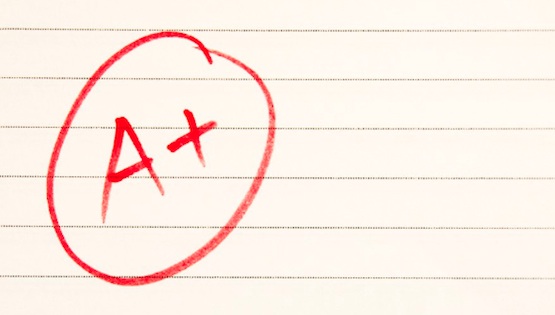 How sampling transformed music by Mark Ronson on TED talks

Sampling isn’t about “hijacking nostalgia wholesale,” says Mark Ronson. It’s about inserting yourself into the narrative of a song while also pushing that story forward. In this mind-blowingly original talk, watch the DJ scramble 15 TED Talks into an audio-visual omelette, and trace the evolution of “La Di Da Di,” Doug E. Fresh and Slick Rick’s 1984 hit that has been reimagined for every generation since. 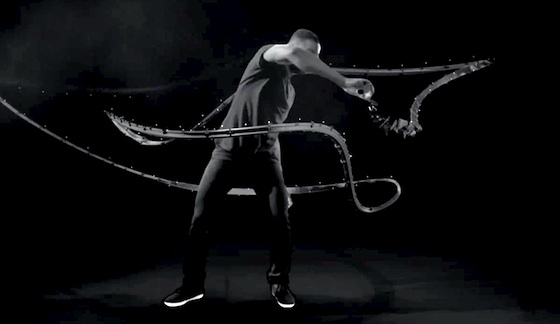